For many of us, we actually started doing yoga naturally at a very early age, although maybe unconsciously. Watch a child when they wake up. Watch how they introduce movement back into their bodies after a night’s sleep. To varying degrees, the daily routine is very similar… slowly roll out of bed, stand up, eyes half open, big yawn, raise the arms, clench the fists, arch the spine, take the head back. It is an intuitive movement which helps wake the spine and get energy moving after a night’s sleep. This movement is very similar to a common yoga pose known as “Urdhva Hastasana”, aka “Hands-up Pose”. When we encounter this pose for the first time in a yoga class, it is often familiar and one as we get more experience, can take a little bit for granted. Even when the shoulders are stiff, it is easy to rationalize the pose with “how difficult can it be to take one’s arms over the head and press the palms together?” If the shoulders are more flexible and it comes easy, we can also feel that we are a “natural” at it, and with confidence, move on to more pressing needs, like the poses that cause us much greater anxiety or discomfort.

As a beginner, there is a natural tendency to feel a sense of accomplishment and take a little pride in the asanas that seem easy, especially when others present more challenges. Unfortunately, those feelings can become obstructions for connecting with the more subtle qualities of a pose, and thus miss the very essence of the pose. When difficult poses are encountered, the easy ones become an all-too-convenient refuge from this discomfort. For those of you who have a flow style practice, consider the initial sun salutation. For those with tight hamstrings (most beginners), Urdhva Hastasana is placed in the sequence immediately before and directly after the “beginner’s nemesis” – Uttanasana (standing forward bend). When encountering Urdhva Hastasana at the beginning of the sequence, the mind and emotions are already “gearing up” for the onslaught on the back of the legs in the pose that follows. At the end of the sequence, the mind and emotions are “jumping for joy” having survived the encounter of the previous pose. Clearly, these fluctuations of mind and emotions are the very things the Yoga Sutras warn about with regard to attachments and aversions / likes and dislikes.

So why waste time practicing a pose we feel “good” at, when there are so many more poses to conquer? This very simple pose has in it the seeds for some of the more advanced poses, such as arm balances and backbends. Once the intelligence of the simple poses, like Urdhva Hastasana, is mastered, we gain the power and confidence to move deeper into our practice.

Like most yoga asanas, the principles of movement in Urdhva Hastasana, break into three parts – entering the pose, being in the pose, and exiting the pose. Whether you are practicing it individually or as part of a flow series, the pose should be executed with these principals in mind.

For the first part, it is helpful to begin with the understanding of where movement in the pose comes from. There is a very basic principal in physics which we have heard since we were in grade school, that for every action, there is an equal and opposite reaction – “whatever goes up, must come down”. In yogic terms, this concept applies directly to the movement of subtle energy in the body. If you want something to go up, connect with the energy that is going down. As this energy reaches down (grounding), there is an equal movement upward. Our bodies have been designed to produce, contain and distribute energy, through the subtle channels or conduits known as nadis. When we practice asana, the shape and alignment of the pose generates stress at various points along these channels, which generates sensations (energy) that vary in intensity. Working with the breath and becoming proficient in alignment, we begin to control the level of the intensity. By paying attention , we begin to feel the natural movement of this sensation as it was intended to move. The key to bringing this sensitivity alive is through consistent, step-by-step work. To recognize what takes place in the practice, start with simple poses and a basic understanding of the classical yoga texts. In the practice, we learn to position ourselves within our center, and retain that centerpoint without moving off it, no matter if we move up, down, left, right, forward, or backward. If we lose that centerpoint, muscular effort increases, inhalation suffers, exhalation becomes strained, and organic function is compromised. These symptoms choke the very energy we seek to produce in the pose.

When we work with simple poses, we can cultivate certain qualities within ourselves and develop the intelligence necessary to go deeper. The Yoga Sutras, give many clues about how to cultivate the right attitude for practice and the energy necessary to practice. Even the word “sutra”, holds in its definition a metaphor for practice. In its simplest translation, sutra means “a thread”. Using the analogy of a thread, the text represents the absolute minimum necessary to hold a concept together, without elaboration. Only essential words were used, and the author intended the words to be expanded upon. The brevity of the sutras allowed practitioners to memorize the entire work, and then to elucidate the meanings through discourse with other practitioners or through the knowledge gained from a sustained personal practice. The method of writing often had compound meanings, taking on both literal and hidden interpretations..

In Urdhva Hastasana, the metaphor of a sutra serves us well. It is a pose that requires a resolution of “literal” and “hidden” forces; it requires regular practice, and the less one elaborates, the more it reveals. 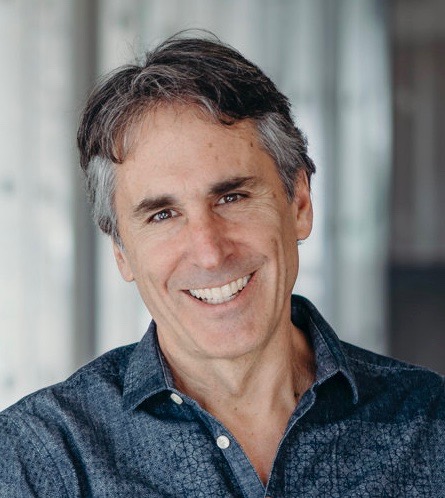